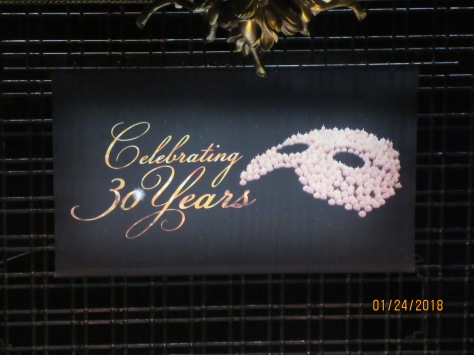 Those who follow this blog know that Phantom is one of my favorite musicals, one about which I have strong opinions, and I’ve written several entries about previous milestone performances.

Phantom of the Opera reaches another historic milestone, celebrating 30 years on Broadway. While the official anniversary date is January 26th, the celebration took place two days earlier for reasons unknown (or at least, as far as I’m aware). January 26, 2018 falls on a Friday, which is not a dark night for the show, so I would presume there were scheduling reasons for the celebration to be on the 24th instead of the 26th. Nevertheless, I was able to obtain a ticket for the celebratory performance on the 24th via a special Telecharge promotional code for seats in the rear mezzanine for $30; I had also obtained a ticket for the 26th a few months earlier, before the announcement that the celebration was to be on the 24th. Like the 25th Anniversary performance, the special celebratory performance started at 6:30pm, with the red carpet event inside the lobby, with Imogen Lloyd Webber and Sierra Boggess interviewing alumni cast members, as well as producer Cameron Mackintosh, director Hal Prince and composer Andrew Lloyd Webber. Of course, I was among the attendees amid the press taking photos and straining to catch a glimpse of the actors and creatives. 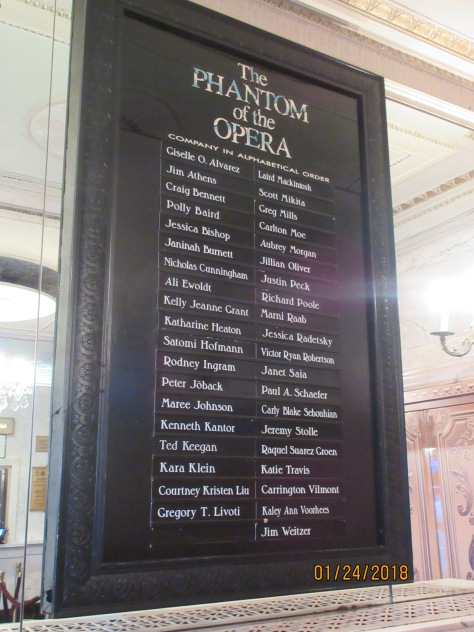 Like the Gala Night, when I got to my seat, there was a complementary 30th Anniversary program, and a special playbill cover commemorating the historic night. The performance began with the usual pre-show disclaimer about silencing cell phones, prohibiting texting and photography during the show. Peter Jöback gave a great performance, which had a more rock quality than the usual lyrical tenor interpretation, Ali Ewoldt was an astounding Christine with her pitch perfect delivery, and Rodney Ingram was fantastic, and has the voice of a future Phantom. Waves of applause and cheers throughout the show, with one notable lyric change (presumably only for this particular performance) – in the Final Lair scene, in the Phantom’s final ultimatum, he sang “do you end this night with me?” (instead of “your days”). 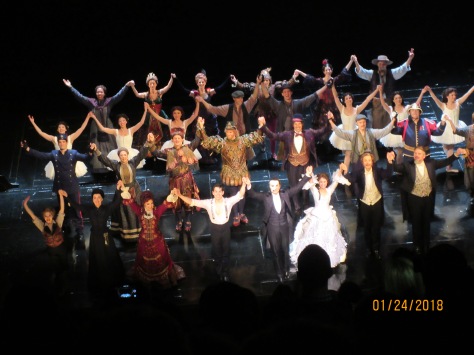 After the curtain call, the post show celebration began, which was also live streamed on social media. With the stage set up to resemble the Phantom’s lair, the covered set piece of the Phantom’s organ to reveal composer Lord Andrew Lloyd Webber, who spoke about the show’s longevity and waxed lyrical about his own “Angel of Music”, leading to the presumption that Sarah Brightman would appear… only to reveal Cameron Mackintosh.  They bantered for a while (which was highly amusing) , then segues into Lloyd Webber introducing cast members from School of Rock to perform a rock rendition of the Title Song, during which Sarah Brightman does appear to perform along with current Phantom Peter Jöback. The ovation when Brightman sauntered on stage was deafening, and the kids from School of Rock were amazing. More bantering between Mackintosh and Lloyd Webber ensued followed by Hal Prince, reading out statistics about the show’s 30-year history (as he did five years ago), after which some of the original cast members came onstage (later joined by the current cast) to sing a snippet of “Masquerade”. A rousing round of “Happy Birthday” was sung by everyone, to commemorate the anniversary as well as Hal Prince’s impending 90th birthday, ending with steamers and confetti bursting out onto the audience (and onto the chandelier). 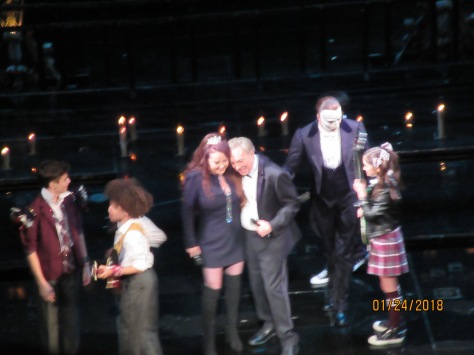 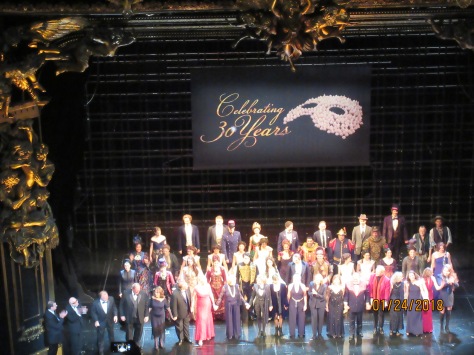 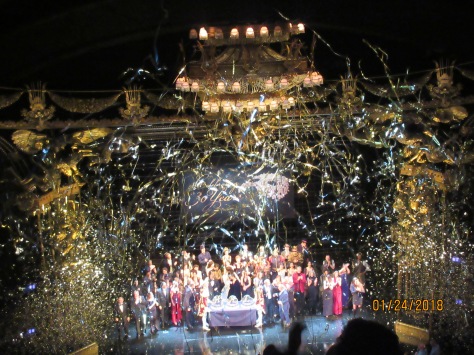 As the after party was invitation only, I ended up taking a few selfies with the chandelier before heading home. There was also a special light show on the Empire State Building, which was also streamed online. I didn’t see it ‘live’ (as I was en route home – after all, it was a work night) and even if I had managed to find a good spot, it’d be a light show. I did watch back the live streamed video, and it was spectacular.

As milestones go, it was fantastic to see former cast members on stage and at the red carpet event, as well as the adorable banter between the Producer and the Composer.

Onward to the official 30th anniversary performance for which I sat second row orchestra, right beneath the chandelier – a first for me; it was equally thrilling and slightly unnerving to watch the chandelier move towards you before ascending above. The cast was as fantastic as they were on the 24th, and after the curtain call the three leads gave a short speech about the monumental anniversary. 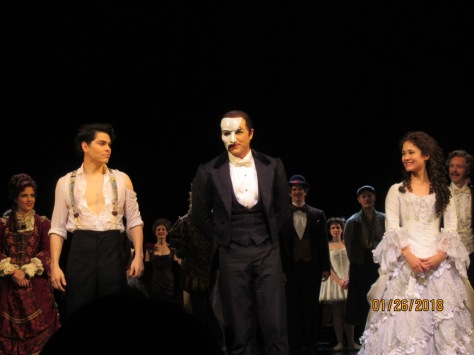 Needless to say Phantom of the Opera has secured its place in Broadway history – congratulations on 30 years, and here’s to the next 30! 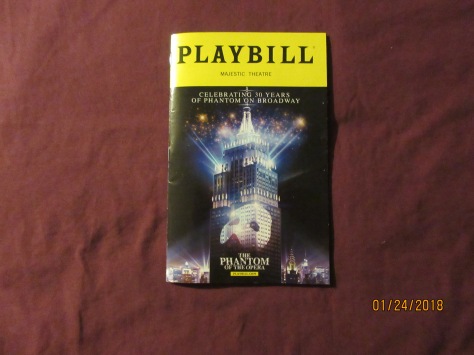