Fat Asses: The Musical has returned to dish out a second helping of sass with a side of empathy and plenty of hilarity to satisfy any theatergoer’s hunger for an original (!) musical with a message. This production, which closed yesterday afternoon, was an updated version of the production, written by Peter Zachari, music and lyrics by Zachari and Damon Maida, which also played at the Theater for The New City in 2013 (check out my blog about that production here). 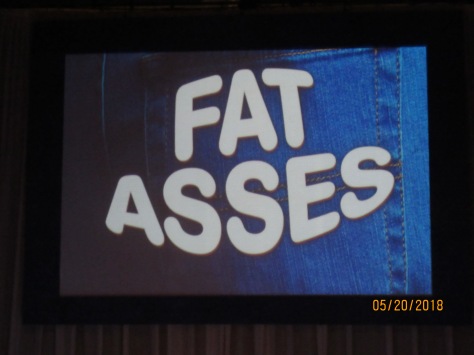 [Usual disclaimer: Regular readers will know that I’m good friends with Peter Zachari and choreographer Joey Mirabile; I’m also credited in the Executive Producer’s Circle for this production in the playbill. I’ve been a fan and supporter of Peter and Joey for many years and believe in their works, which give those often overlooked (and oftentimes ridiculed) a voice, and present them as complex people, and not as stereotypes. The musings are my own, and will most likely not be as objective as expected.] 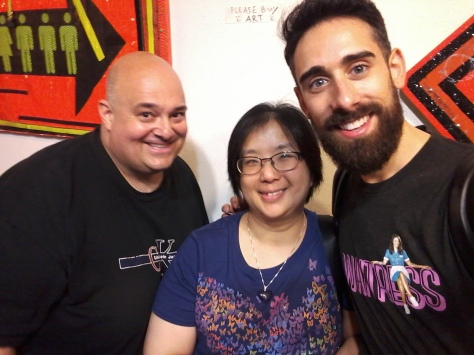 The plot remains intact, with new songs and some revisions that comment on current event issues such as gun control, the #metoo movement and the ubiquitous nature of social media. The quartet of Margaux, Candy, Lacey, and Dusty fight for their right to be heard, and to be appreciated as individuals, and while doing so, realize their place in the world. Amid the social commentary are the customary pop culture references (and a blink-and-you’ll-miss-it reference to another Zachari production). A new aspect of the production design lies in the large projection screen that doubles as a backdrop and a window into the outside world. This production’ cast was astounding, playing their role without falling into stereotypes (at least not without a purpose). Emily Jewell (Margaux), Sydney Blair (Candy), Lori Funk (Dusty) and Itanza Wooden (who reprises her role as Lacey) had great rapport with one another, and held their own against Amandina Altomare, who played Meredith with the right blend of contempt and vulnerability. 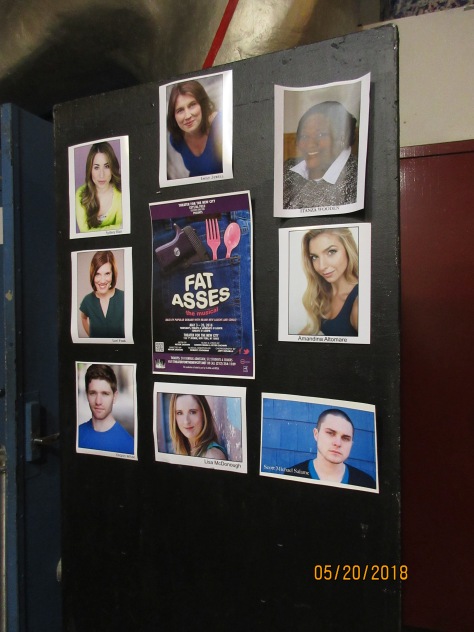 As with the original production, I enjoyed the show’s originality and the updates addressed current event issues with the seriousness it deserves, without making it overly political. I sincerely hope this show makes it uptown (or more importantly Midtown) off-Broadway or perhaps Broadway someday. 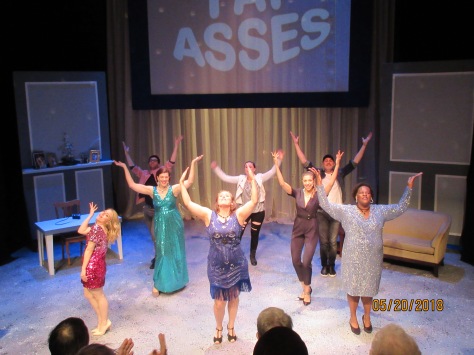 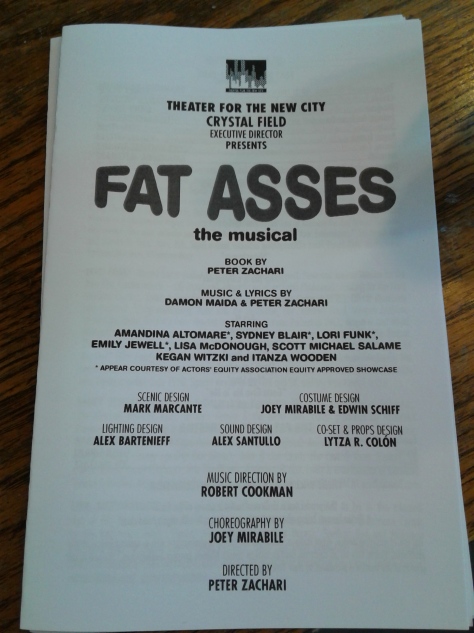